After being stationary for five months in Florida there were mixed emotions about packing up and being on the road again.  Excited, yes (It was too long for Gene not to be behind the wheel) but I also became really comfortable where we were.  We had a great time with a lot of our friends that have moved to Florida over the course of the year so it seems like we were picking up in the South where we left off in the North.  Who would have guessed 5 couples would relocate near each other.

So, Tuesday, April 4th was Moving Day. We weren’t going far just two hours north to Thousand Trails RV Resort in Clermont, FL. Spending a couple of days in Disney World with our friends Tom and Barb. since we haven’t moved our house in five months, so I was a little apprehensive that everything would function like it was supposed to. I completed all of the maintenance that needed to be done; changed the oil, oil filter, air filter, Checked the batteries with a hydrometer topped off the batteries where needed, cleaned and lubricated the Roadmaster hitch, cleaned and lubricated the jack rods and check the tires. The tires lost about 2 psi per tire, not much but I aired up anyways. I replaced the oil pan plug with a Fumoto Valve, which will make changing the 7 quarts of oil much easier. I also ran the generator under load for a couple of hours every month and ran the engine at a fast idle a couple of times for about 30 minutes. (I’m not sure that did anything except make me feel better) Everything went smooth, the 3 slides came in without any problems, the jacks retracted smoother than they ever did, and the engine started right up. The only problem we had was trouble bringing in our awning. Last problem I wanted. We had the awning motor replaced in Virginia last September and I thought we were done with that. Well it was a simple fix. Each awning arm has a locking knob and I forgot to loosen them. Problem solved. Add that to the checklist.

Last year we traveled about 10,000 miles in our coach, Made 33 stops including stops in between our major stops, of which there were twelve. We traveled west, north, east and south and spent the winter in Nokomis, FL.

This year we are traveling in the complete opposite direction. Reason being we need to end up in New Mexico for the Albuquerque International Balloon Fiesta in October and didn’t want to crisscross the US adding about six thousand miles to our trip (Thanks Kelly!). We also want to see the Oregon Coast. The mileage for 2017 will be the about the same 10k, but we will make 47 stops including thirteen major stops. WHAT?!!! (that’s me, Eileen, reading this)

We arrived in Clermont about 2 pm and it was pouring rain. That scuttled our plans for a trip to Disney that night. Wednesday was a beautiful day! We put Max in Day Care (love that place.  It’s like a country club with doggie pools) at Disney and met Tom and Barb at Epcot around 10 am.

First ride we went on was Space Ship Earth and it was a 30 minute wait. Nice relaxing ride to start our day. Disney takes your picture at the beginning of the ride and make up a story about you and show it to you on the way out.  How silly.  See what our would-be grandchildren are missing? 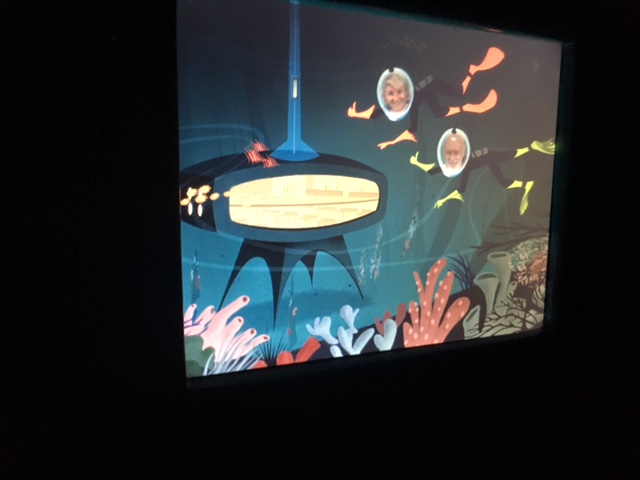 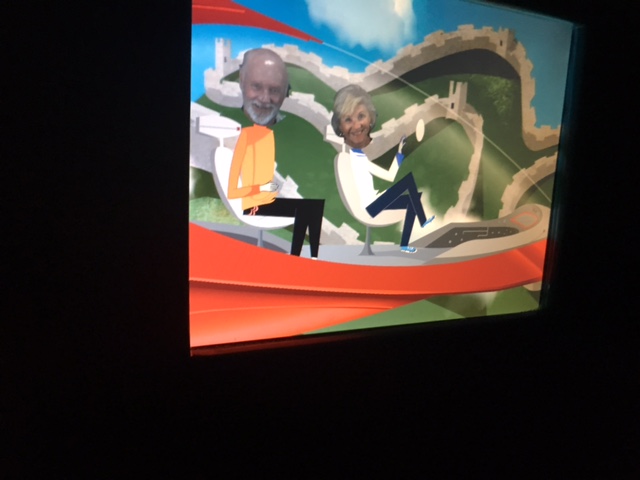 We were at Disney in time for the Epcot International Flower & Garden Festival. 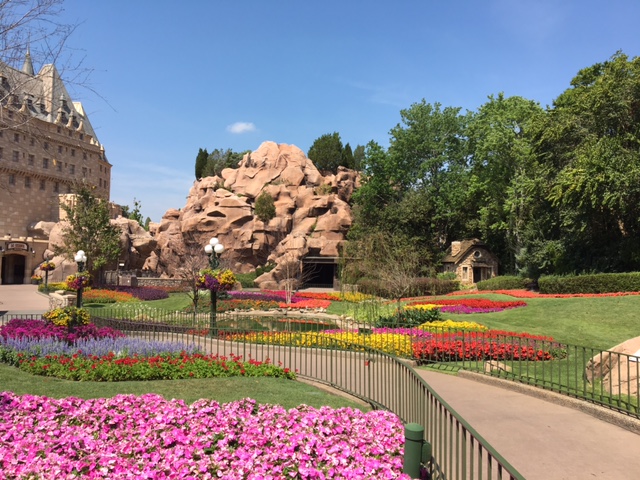 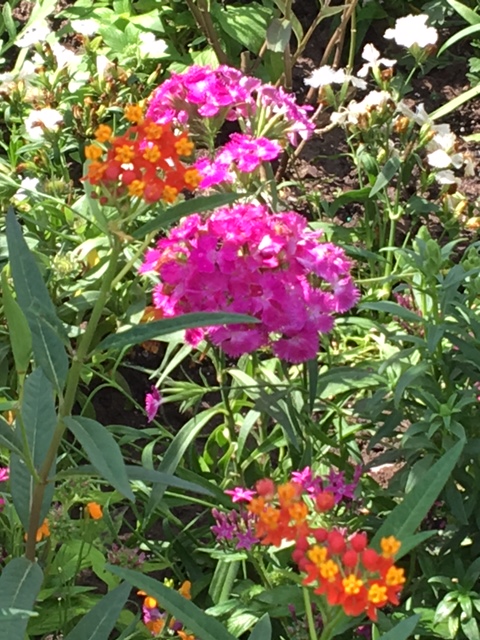 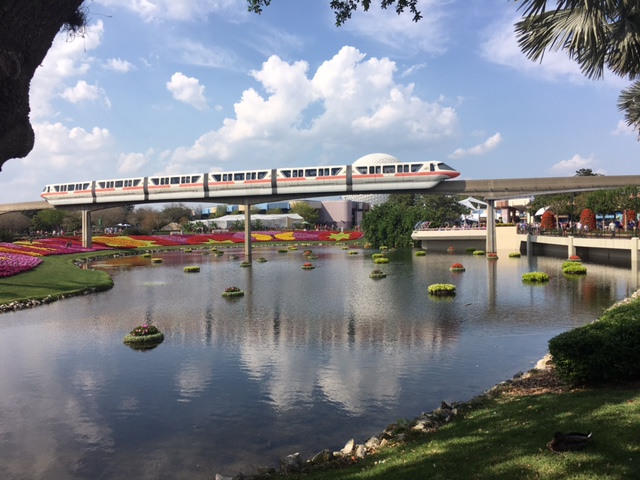 After a lunch of Fish & chips in England and Brats in Germany we took a boat over to Hollywood Studios for Muppet Vision 3D. Probably one of the best 3D movies I’ve seen and it was the Muppet’s, very funny!

We took the boat back to Epcot Mexico for a beer and see Frozen, but Frozen was shut down indefinitely.  From what I hear from friends, it’s been going on for a while.  Sad for the people with kids that have one opportunity.  Lots of little girls dressed up waiting in line.  We picked up Max after that and called it a day.  We had season passes this year and saw that for three days in the parks it would cost us the same for a years pass, plus free parking (a $20 savings).  Crazy!  Sometimes it’s good to be a senior.

2 thoughts on “Start Of Our Fourth Year Full-Timing”